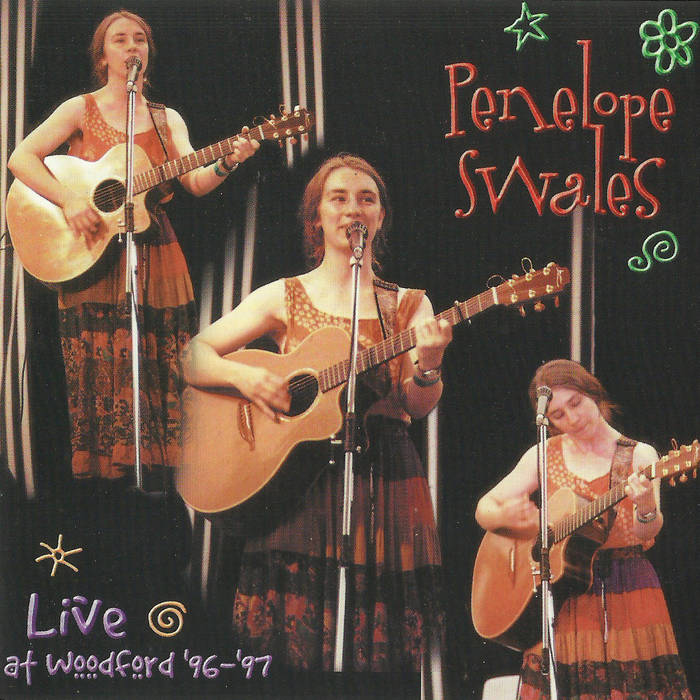 There were numerous pros and a couple of cons to the idea of recording a live album at Woodford Folk Festival. On the up-side, I knew the vibe would be great, because it always is, it would enable me to record a number of gigs relatively inexpensively in a short space of time, and it would provide an historical record of part of that festival. Also, it offered an opportunity to show the way a soloists' performance varies from show to show depending on the vibe and the circumstances of the individual gig. On the down-side, festival gigs have to run to a very tight schedule, and that made setting up the recordings a very rushed process - something that I think Siiri took in stride admirably. It also affects the way I tell stories on stage, as I have to try and fit everything into a stated time. My personal feeling is that the "Lost and Found" introduction suffered a little from this, but I include it anyway, because I hope people will appreciate it even if the delivery is a bit rushed.

The other risk I had to take was that I might not be in peak form when the festival came. As it turned out, I was rather ill with tonsillitis and nearly didn't make it to the festival at all! However, thanks to Dr John Lee and his elephant-sized vitamin C shots and my mother's faithful nursing, I managed to pull myself together enough to get on the plane.

Now, many years later, I'm not entirely sure I should have released this album. After all, I think the listener can hear that I'm sick. Also, when it was released it was instantly slammed by a Melbourne critic who didn't seem to understand that I am a storyteller as well as a songwriter, and who objected to the inclusion of long sections of spoken-word material. I had never been berated like that in the press before and I was devastated. It destroyed my confidence in the recording and only the one pressing was ever made.

On the other hand, I felt that it was an honest representation of what I was doing - even if I did have tonsillitis. I was still learning how to manage my heath while on tour, and I had tonsillitis a lot in those days. I was never sure how it was received. I include it now for the sake of completeness and because some songs do not appear anywhere else in my catalogue. Also, none of my other albums include the storytelling element that has been such a large part of my live shows. I would be interested to hear you feedback.

All songs copyright 1997 except "St Peter's Fields" by Jim Woodland and "Steel-Hearted Annie" by Kath Tait.

Recorded live at Woodford Folk festival between 27th December 1996 and 1st Jan 1997 by Siiri Metsar. Mixed and edited by Siiri Metsar at Cloudburst Studio, Fitzroy, Vic. Mastered at Crystal Mastering by John Ruberto. Produced by Penelope Swales and Siiri Metsar. Cover artwork by Black Widow graphic design. Photography by Janoel Liddy and a faithful fan who's name I didn't catch who gave me the series of 3 shots on the front cover.